git has a tremendous learning curve

Everyone learns commit/push/pull/branch and stops 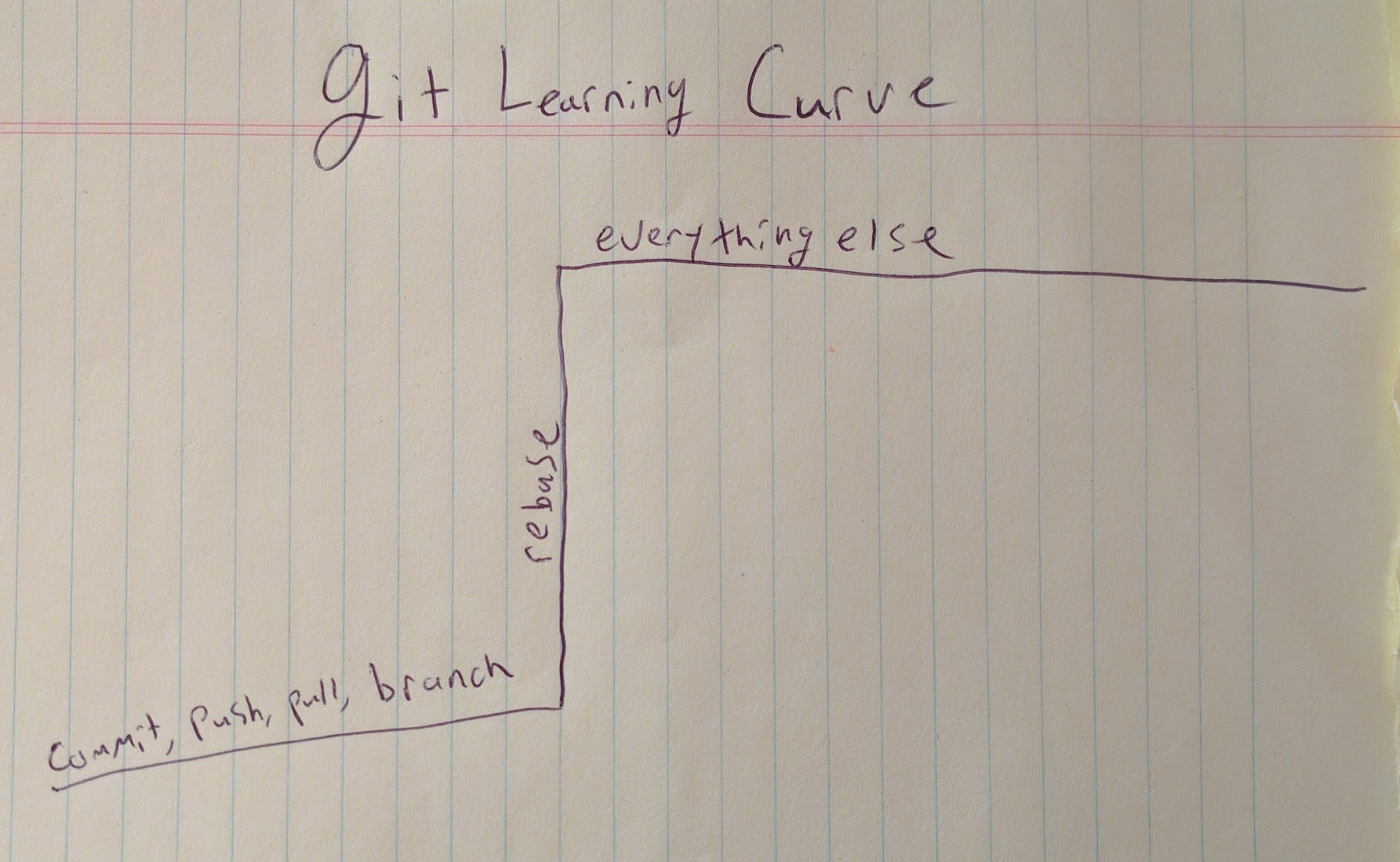 The git's guide to git

"I've invented two things: Linux and git. Both were named after me" -- Linus Torvalds

What this talk is

Turns out programming is a team sport

What error? Where's the details? How'd we fix it?

General overview in short commit message Longer details in the expanded section two links to tickets I can look at to get more details. A good commit means I can skip reading the diff (code is hard to read)

Zaption story (git push -f origin master because he was tired of dealing with all those tedious conflicts) Of course, if you're joining a team, do what the Romans do 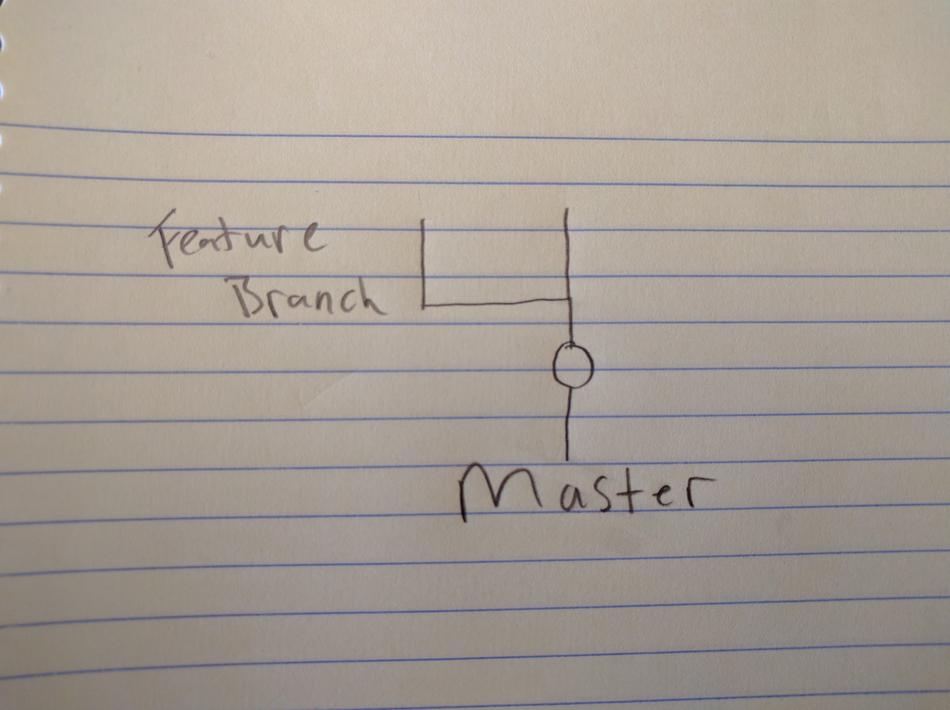 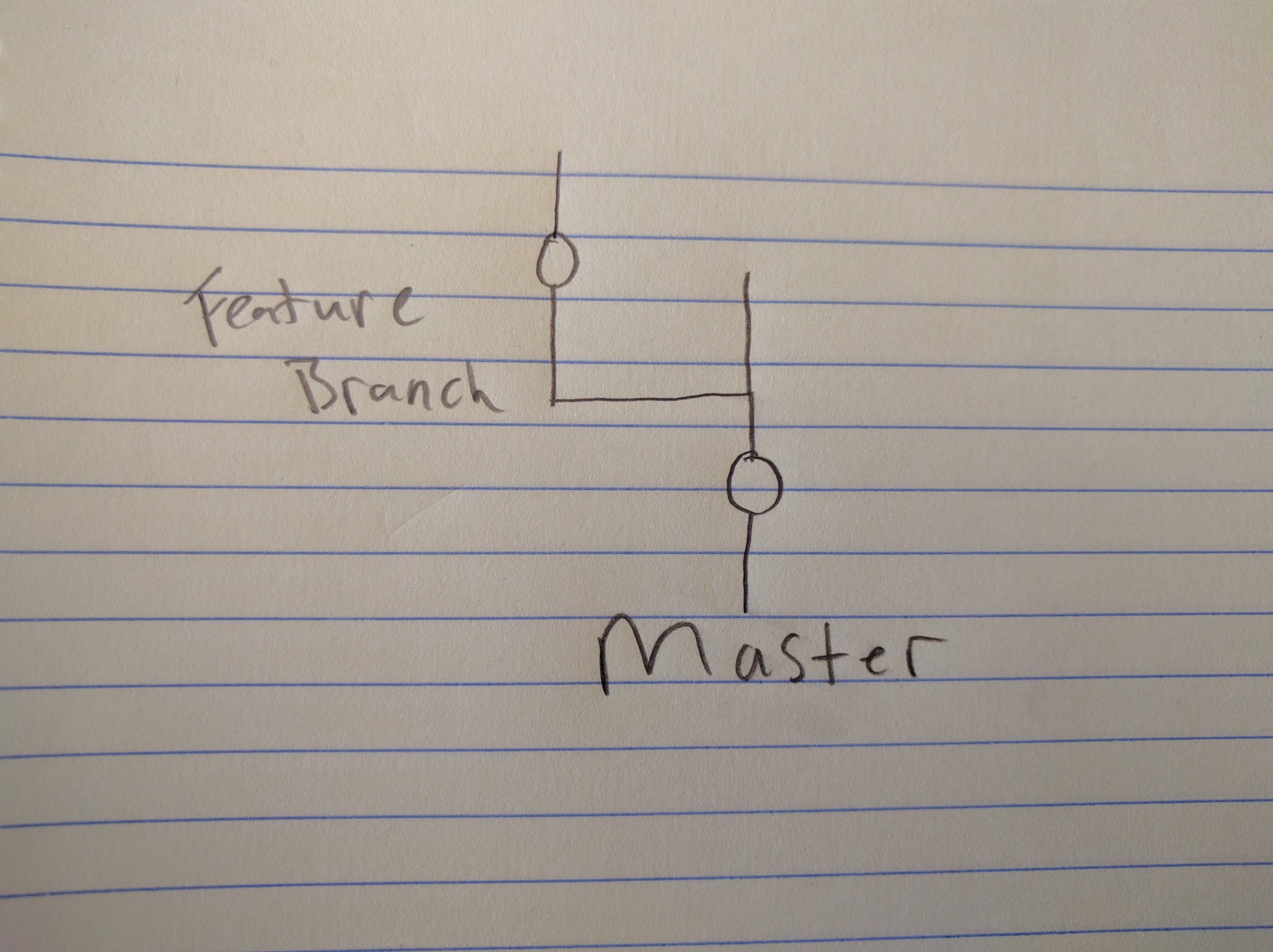 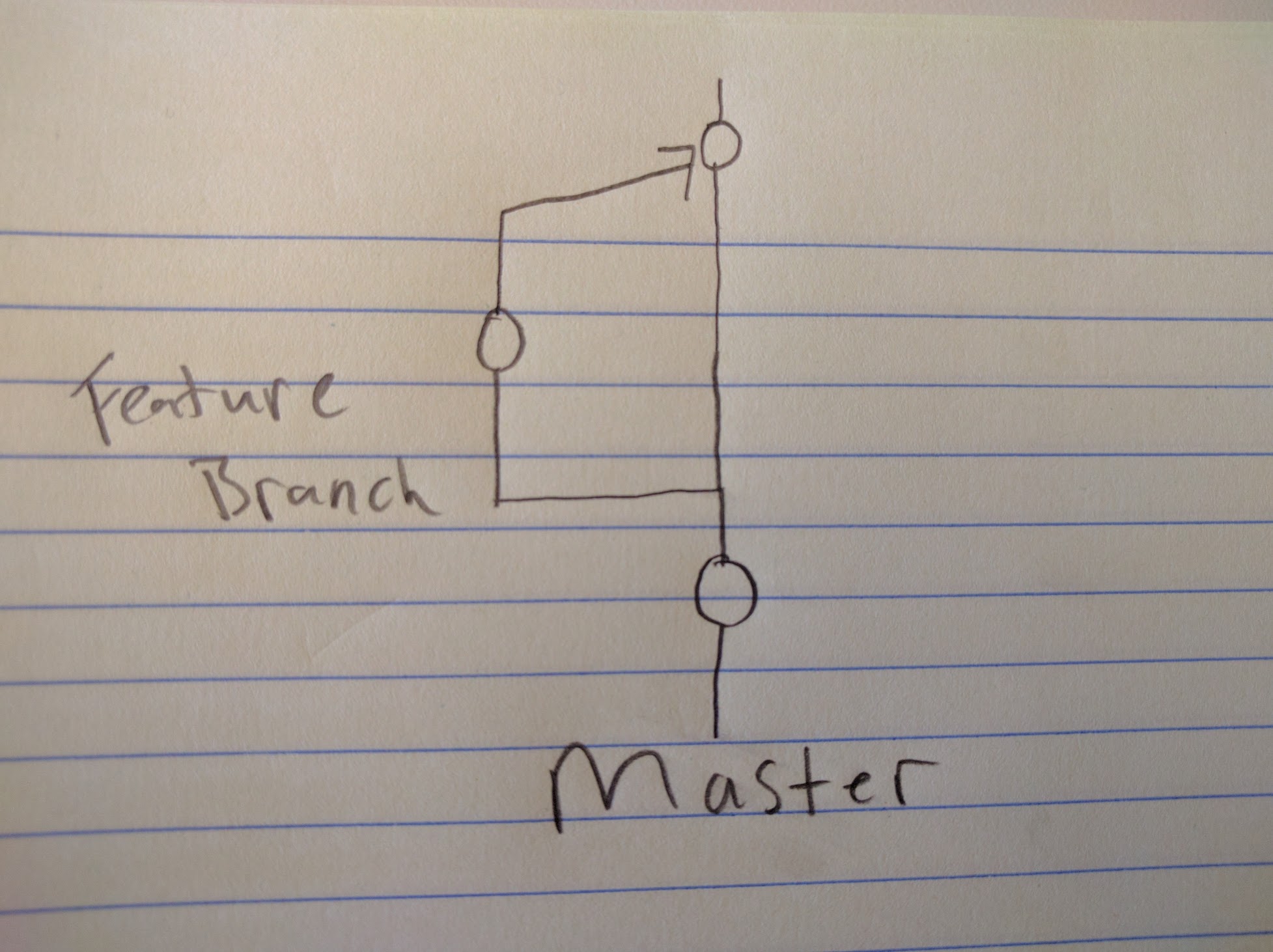 Allows you to mess with history in various exciting ways 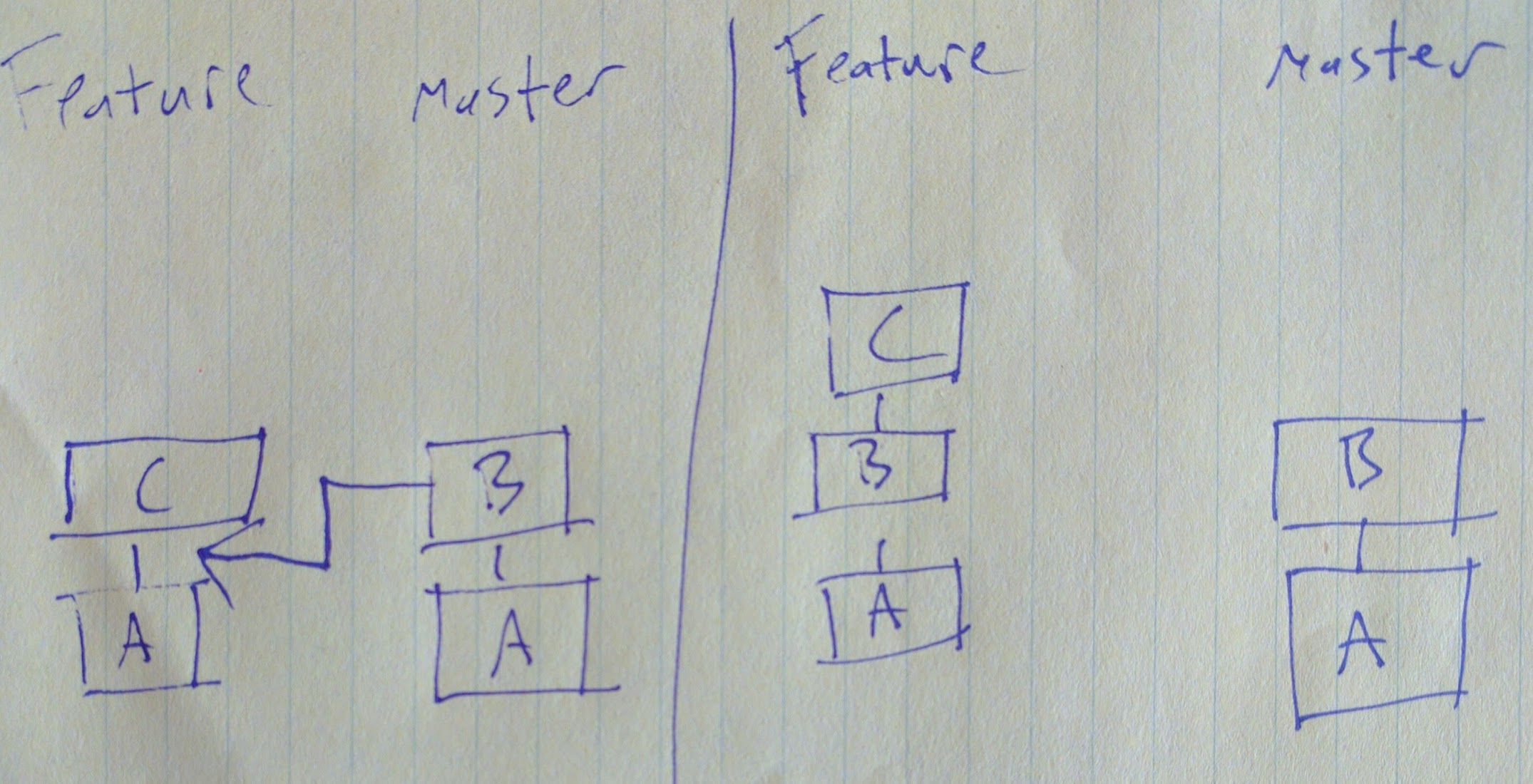 What's the big deal with history?

of course, make sure that history you think is local really is local. rewriting history is a useful tool for keeping history clean Merges can rarely cause regressions Rebasing requires dicipline across dev team

Lists all the commits you've looked at

Saves the day when a commit has been overridden and is no longer in regular history.

pronounced ref-log but funnier to think of as re-flog, as in "If I have to bust out ref-log, I'm gonna re-flog you"

Updates the branch and/or code to another commit

Takes a commit that exists somewhere locally and adds it to the current branch.

Great for pulling in a single commit from another branch without needing to do a full merge/rebase. Also nice for pulling things from reflog

Stores your current work without making a commit

Nice to have when you need to switch to another branch for some reason. 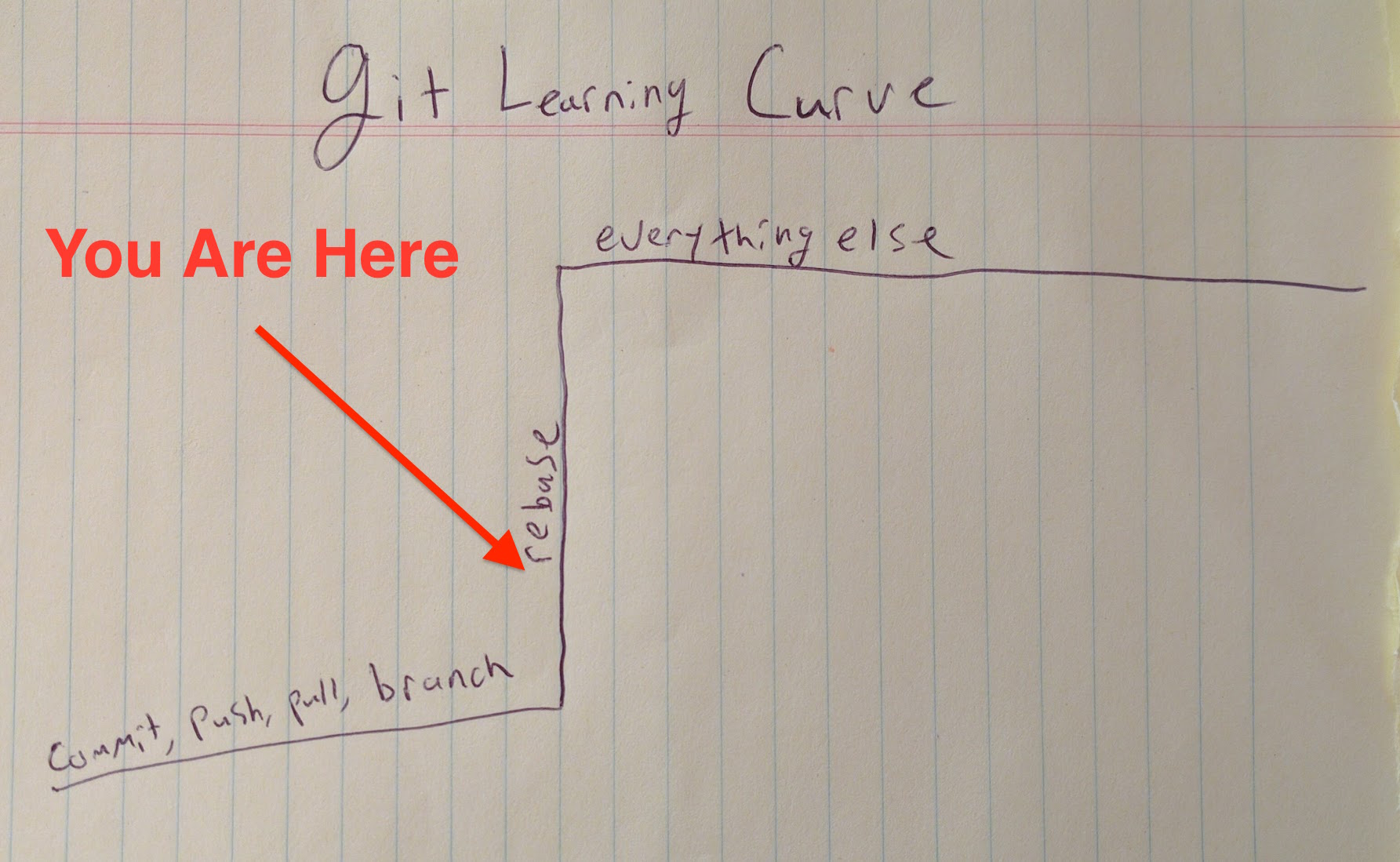 You are here (but you're moving in the right direction) You've been given the push and should take that velocity and keep learning!

(I'm sure you have plenty)